How does CranioSacral Therapy work?

This is accomplished through utilizing a physiological body system called the craniosacral system, which maintains the environment in which the central nervous system functions.  It consists of the membranes and cerebrospinal fluid that surround and protect the brain and spinal cord, extending from the bones of the skull, face and mouth (which make up the cranium) down to the tailbone area (or sacrum).  The role of this system in the development and performance of the brain and spinal cord is so vital that an imbalance or dysfunction in it can cause sensory, motor and/or
neurological disabilities.

Like the pulse of the cardiovascular system, the craniosacral system has a rhythm that can be felt throughout the body.  Using a touch generally no heavier than the weight of a nickel, skilled practitioners can monitor this rhythm at key body points to pinpoint the source of an obstruction or stress.  Once a source has been determined, they can assist the natural movement of the fluid and related soft tissue to help the body self-correct.  This simple action is often all it takes to remove a restriction.  Other times, CST may be combined with other complementary therapies to help restore the body to its optimum functioning level.

What conditions can CranioSacral Therapy help?

Because of its influence on the functioning of the central nervous system, CranioSacral Therapy can benefit the body in a number of ways – from bolstering overall health and resistance to disease to alleviating a wide range of specific medical conditions.

Among CST’s largest patient groups are those suffering chronic symptoms that haven’t been aided by other approaches.  In particular, CST is beneficial to those with head, neck or back injuries resulting from an accident – be it from a car, sports or work mishap, or from a fall. The extremely light touch involved in the application of CST makes it a safe approach as well for children, infants and newborns with early traumas, including birth trauma.  They can especially benefit from the timely identification and release of restrictions in the craniosacral system, thereby preventing future
difficulties such as learning disabilities or hyperactivity.

Another area of principal effectiveness is with stress-related dysfunctions.  Insomnia, fatigue, headaches, poor digestion, anxiety and temporomandibular joint (TMJ) dysfunction are just a few examples.  CranioSacral Therapy works to reverse the debilitating effects of stress by providing the conditions in which the nervous system can rest and rejuvenate.  In fact, it’s this capacity to reduce stress that’s leading an increasing number of people to include CST as part of their wellness routines.

Other conditions for which CranioSacral Therapy has shown to be effective are various sensory disorders.  Among these are eye-motor coordination problems, autism, dyslexia, loss of taste or smell, tinnitus, vertigo and neuralgias such as sciatica and tic douloureux.

Is there any condition for which CST shouldn’t be used?

There are certain situations where application of CST would not be recommended. These include conditions where a variation and/or slight increase in intracranial pressure would cause instability.  Acute aneurysm, cerebral hemorrhage or other preexisting severe bleeding disorders are examples of conditions that could be affected by small intracranial pressure changes.

How many CranioSacral Therapy sessions will I need?

Response to CST varies from individual to individual and condition to condition. Your response is uniquely your own and can’t be compared to anyone else’s – even those cases that may appear to be similar to your own. The number of sessions needed varies widely – from just one up to three or more a week over the course of several weeks.

When was CranioSacral Therapy developed?

It was in 1970, during a neck surgery in which he was assisting, that osteopathic physician John E. Upledger first observed the rhythmic movement of what would soon be identified as the craniosacral system. None of his colleagues nor any of the medical texts at the time could explain this discovery, however.

His curiosity piqued, Dr. Upledger began searching for the answer.  He started with the research of Dr. William Sutherland, the father of cranial osteopathy.  For some 20 years beginning in the early 1900s, Sutherland had explored the concept that the bones of the skull were structured to allow for movement.  For decades after, this theory remained at odds with the beliefs of the scientific and medical communities.  Dr. Upledger believed, however, that if Sutherland’s theory of cranial movement was in fact true, this would help explain, and make feasible, the existence of the rhythm he had encountered in surgery.

It was at this point that Dr. Upledger set out to scientifically confirm the existence of cranial bone motion.  From 1975 to 1983 he served as clinical researcher and Professor of Biomechanics at Michigan State University, where he supervised a team of anatomists, physiologists, biophysicists and bioengineers in research and testing.  The results not only confirmed Sutherland’s theory, but led to clarification of the mechanisms behind this motion – the craniosacral system.  Dr. Upledger’s continued work in the field ultimately resulted in his development of CranioSacral Therapy.

What is The Upledger Institute?

For more information about how CranioSacral Therapy works, I recommend the book Your Inner Physician and You by Dr. Upledger. In it he explains the origin of his discovery along with specific cases and treatment outcomes. The book also includes a question-and-answer section in which Dr. Upledger addresses some of the questions most commonly asked of him.

How a session is performed?

A CranioSacral Therapy session usually takes place in a quiet, private setting.  I recommend that clients wear loose, comfortable clothing. You will remain fully clothed, though I’ll ask that you remove your shoes.  The session is performed while you are resting on a treatment table while I stands or sit, positioned at various times throughout the session at the your head, middle torso or feet.

What will I experience during a session?

Experiences during a CST session are as individual as the clients and practitioners themselves.  They also may differ from session to session.  At times, a client may deeply relax or even fall asleep; at other times, he or she may talk a great deal, recalling hidden memories or expressing emotions. Some will remain still during the entire session, hardly noticing the practitioner’s evaluation and treatment, while others will experience sensations within the body as the evaluation process is carried out.

At various times throughout the session, the practitioner will support a client’s limbs and spine while facilitating release of accumulated tension. This process is called energy cyst release or tissue release.  During this release, the client might recall circumstances surrounding a past shock, trauma or injury.  Releasing and re-experiencing past hurts assists the body in reversing dysfunction and restoring the previous level of mobility.  This entire process has been named SomatoEmotional Release.

Just as individuals experience CST sessions differently, the immediate results can be diverse as well.  This relaxed state may cause some to sleep for many hours after a session.  Others may experience an increase in energy.  Reduction of pain or an increase in function may occur immediately after the session, or it may develop gradually over the next few days. Since CST helps the body resume its natural healing processes, it isn’t unusual for improvement to continue weeks after the session.  For some there may be a reorganization phase as the body adapts to the release of previously held patterns. 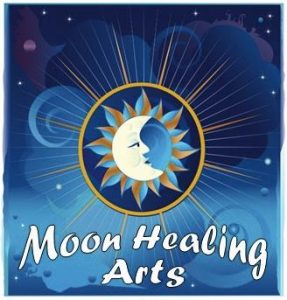